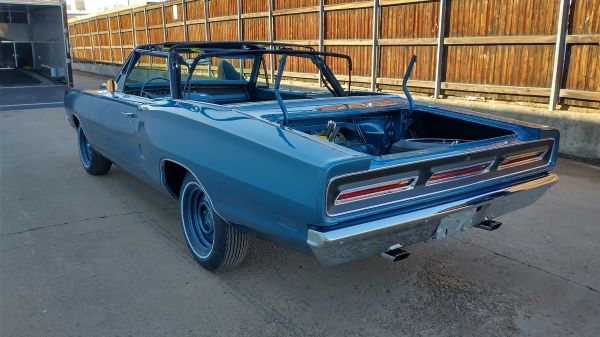 1969 Dodge Coronet R/T 426 Hemi
To Be Officially Unveiled on MCACNtv!
Restored by Level One Restorations, Colorado

First, some good news; this E-blast will have absolutely no political talk or references. Enough Said!
If you are like me, you are probably suffering a bit from MCACN Prep Withdrawal Syndrome. This is caused by the sad news that we had to cancel our 2020 event due to...well, you know! For the past 11+ years, at this time of year we would be buried in preparation for the upcoming show. Scads of paperwork, move-in letters, countless calls, getting the MCACN magazines mailed, picking up awards and signage and so much more. Well, thankfully our work never ends, but it certainly has changed this year. Of course, being the eternal optimist, I know that when one one door closes, another will open, and for us, that is exactly what has happened.
Those of you who attend the Muscle Car and Corvette Nationals show have had the pleasure of seeing some incredible cars at our show from The Brothers Collection. Among them are NINE Hemi E-Body Mopar convertibles, four of the eight '69 Trans Am convertibles, the '69 Hurst/Olds prototype and the Hurst/Olds convertible, some prime Yenko's, one of the white '71 Judge convertibles and so many more. You see, since our inception, The Brothers Collection have sent cars to MCACN. And yes...they really are brothers! I can confidently say that The Brothers own what is bar-none the finest group of American Muscle ever assembled in a single collection. Rows of Hemi's, countless Shelby's, a variety of Camaros and Chevelle's, some incredible AMC's (remember that purple Gremlin?) and way too many more to list here. And to make it even more interesting, there are also some Exotics and some Classics and some amazing signs and memorabilia in the mix too.
Well, a few months ago they finished moving into their new 100,000+ square foot facility in the Pacific Northwest which allows them to house a vast majority of the collection. How many cars is that? Well...over 500! And that is just the restored and original cars that are on display.
Huge supporters of what we do, I have the distinct honor of knowing these fine and exceptionally generous gentlemen. A while ago I was talking to our good friend Kevin Oeste of V8TV, our Official MCACN Videographer and Host of the Muscle Car of the Week program, which features cars from The Brothers Collection, tossing idea's around. This would lead to another phone conversation. And that is where the seed was planted. You see, I had been getting calls and emails suggesting we do an Online Virtual show to keep the MCACN spirit alive. Well as you can imagine, doing that in a way that would properly represent what we are all about would be quite a challenge in many ways. That is until that conversation...
So what would be as cool as being at the MCACN show? How about being immersed in the finest Muscle Car collection in the world? Well, being a private museum, the idea was discussed on how we could do exactly that. From there, plans were made.
We have launched our new MCACNtv YouTube channel, and this will be our first BIG event. Please plan on joining us Saturday, November 21 at 7:30 pm CST to get a real behind the scenes look at The Brothers Collection. I can assure you, seeing ALL NINE of those Hemi E-Body convertibles again, rows of Shelbys, Cobras and Boss Mustangs, Buicks, Oldsmobiles, Pontiacs and yes, even AMC's, many never shown to the public, will be something you don't want to miss. With over 500 cars, no matter how rare it is they probably have it, and they are the best. 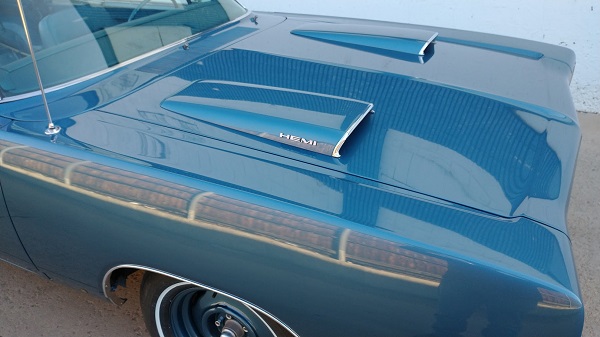 Of course, being a MCACN production we have a plan. After a brief overview of what the collection is all about, we will be hosting THREE Official Premier Unveilings. These cars were scheduled to be Unveiled in Chicago. You will see a '68 Ram Air II Firebird that I assure you is unlike any you have ever seen and a 1969 426 Hemi Dodge Coronet R/T convertible that has been totally off the radar, even among those in the know. The third car is a Ford that is so special, and so under the radar we aren't going to say what it is. Currently under restoration by MCACN Official Sponsor MASCAR Classics in California, it is an undisputed 1 of 1 car. Join us to see what Scott, Kenny, Adam and the MASCAR Classics crew have been up to.
After the Unveilings and a look at a few of the cars in The Brothers Collection, we are going to sit down with some very special guests. Bob Perkins will be joining us to talk about the MCACN Pinnacle certification program, our Cobra Jet Invitational and also about why that particular Ford is so special. We will then have a chat with Bill Braun, Our MCACN Judging Supervisor, to talk about all things Corvette, including the '63 Z06 you saw at MCACN last year that is now a part of The Brothers Collection. Dave Wise, acknowledged Mopar Authority, will be in front of "The Wall of AAR's" to talk about our AAR 'cuda and T/A Challenger Invitational, Sponsored by The Wellborn Muscle Car Museum and a whole lot more about the Mopars in the collection. My Son Ian Ashton and MCACN Members Stefano Bimbi and Charley Lillard will also be joining us, so you don't have to listen to just me! We will also show you a few of the cars that The Brothers Collection have purchased from our Title Sponsor, Mecum Auctions!
The show will premier Saturday, November 21 at 7:30 PM CST on our new YouTube channel. We have uploaded a few fun videos for now, including several that take you behind the scenes that Ian did last November. Please take a look and subscribe, as this will be an ongoing venture for us with much more in the works. You will also be able to join through any of these links;

So if you are suffering from MCACN Show withdrawal as much as I am, please plan on joining us. Special Thanks go out to The Brothers Collection for allowing us this exclusive access to their brand new museum. Their continued support and participation has played a major role in the continued success of the Muscle Car and Corvette Nationals show, and this certainly shows just how passionate these guys are about our awesome hobby.
Thanks also go out to Kevin and Kelle Oeste and the V8TV crew for stepping up to document this historical event. Whew...I love my job!!
Wishing you, your family and friends the very best with positive thoughts and hope for a prosperous and healthy future for all.
Bob Ashton
MCACN, LLC
Managing Member
www.MCACN.com